Like all good things, IUPUI didn’t happen overnight. Its history goes back at least seven decades earlier to 1891, when Indiana University offered classes in Indianapolis for the very first time.

In the decades that followed, both IU and Purdue brought programs to Indianapolis in the liberal arts, sciences, and medicine; however, they operated on their own terms until 1968, when the mayor at that time, Richard Lugar, called for a “great state university in Indianapolis.”

Our story begins the following year, in 1969.

Choose a category or year to get started

Indiana University and Purdue University merge their many programs and schools to create IUPUI. 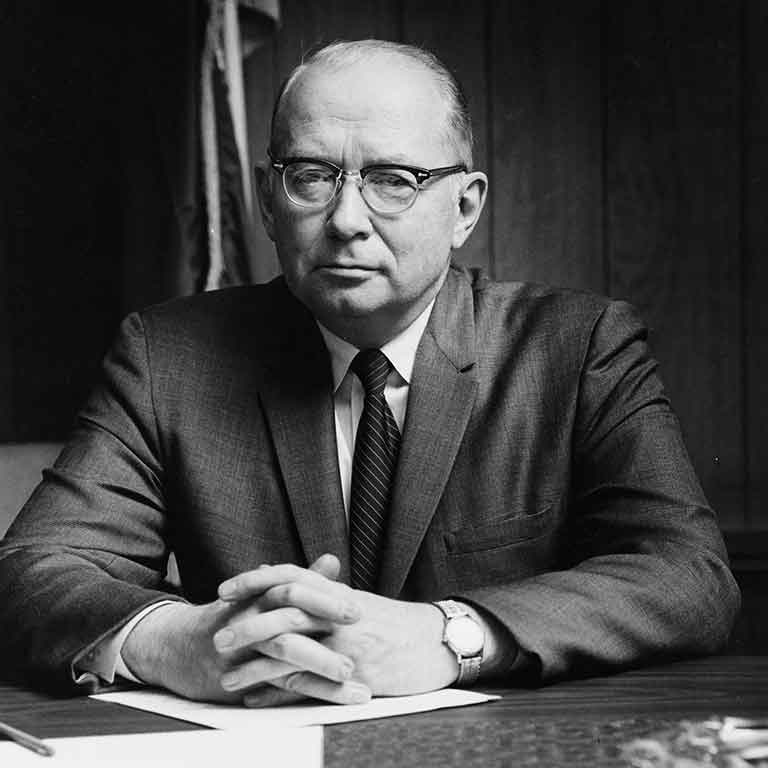 In the early 1970s, then-Chancellor Hine compiled a list of all community engagement activities from each school at IUPUI. This shaped IUPUI’s attitude and mission to serve Indianapolis. 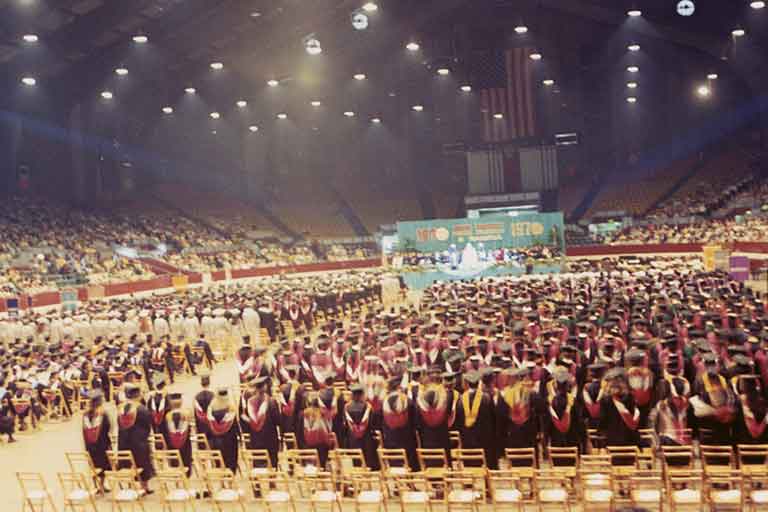 IU School of Law–Indianapolis moves onto the IUPUI campus.

IUPUI begins sending faculty to Columbus, Indiana, to teach a select number of courses. Over the years, more courses are added to the Columbus curriculum, and some IUPUI faculty move to Columbus to teach full-time.

The Normal College of the American Gymnastic Union was a school where young men and women learned to be physical education teachers. The college was based on the principles of Friedrich Ludwig Jahn and was associated with the Turnverein. It moved to Indianapolis from Milwaukee in 1907 and was located in The German House (Das Deutsche Haus). Students at the college took classes not only in physical exercise but also in the sciences (such as anatomy and physics), humanities (history and literature), and fine arts (singing and dancing). In 1941 the Normal College became affiliated with Indiana University. Renamed the Indiana University School of Physical Education in 1973, it is the oldest continuously operating school of physical education in the country.

Load more of the timeline

Did we miss something?

Add to the timeline